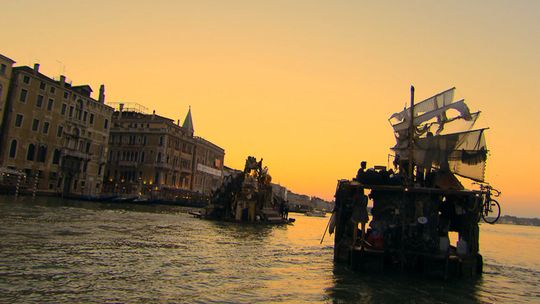 Over the past years, film scholars and critics have noted that the boundary between fiction and nonfiction film is becoming increasingly blurred. Nevertheless, there seems to be a tenacious conviction that documentaries are characterized by a factual, referential relationship to the historical world. But how should we conceive of films that can be categorized as nonfiction, but whose images and discursive strategies evoke alternative worlds? This paradox is at the core of this research project dedicated to various forms of politically activist documentary films, which all set historical situations against proposals for alternative worlds. The politically activist documentary exceeds a purely documentary function by outlining alternative worlds and thus inspiring recipients to reflection or even to political action.

Like propaganda films, the politically activist film deploys a «factualization» of fictive elements, which become part of the film’s assertive stance. However, it differs from propaganda – which aims to present its ideological position seamlessly – in its self-reflexivity and a critical impulse. In two sub-projects, the research project aims to theoretically conceptualize this type of nonfiction film – which has not yet been systematically studied – and to exemplify it through analysis of two distinct corpora of films.

A central aspect of all the films is that they propose alternative scenarios for a future reality, questioning the status quo, and thus motivating their audience to political action.