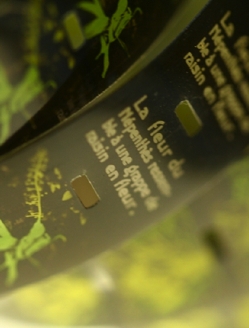 Bridging the Gap Between Analog Film History and Digital Technology

The project is supported by the Swiss government’s Commission for Technology and Innovation which aims at providing academic research to companies with an economic focus: «Science to market».

While film production has turned to digital formats several years ago, at the end of 2012, almost all film theatres had also converted to digital projection.

In Switzerland, as in other countries, this transition presents an economic challenge to service providers for the film industry such as film labs and post-production companies. At the end of September 2011, the film lab Schwarz Film in Ostermundigen closed down after more than 60 years in business and the last remaining film lab in Switzerland, EgliFilm, has recently been faced with significant downsizing. During this time of transition and necessary repositioning in the market, it is crucial to support these companies with innovations.

DIASTOR is a collaborative project with the aim to bridge the gap between analogue film history and digital technology. It will support the economic partners with scientific knowledge to expand their expertise and thus to improve their economic position the field. The Institute of Film Studies at the University of Zurich, in collaboration with Disney Research Zurich and the Computer Graphics Lab at ETH Zurich have been successful in bringing together some of the most significant players in Switzerland for this project, namely the film lab and post-production house EgliFilm, the film restoration company AV Preservation by reto.ch; the hardware and software developers Marquise Technologies and Sondor Willy Hungerbühler as well as the national film archive Cinémathèque Suisse. The implementation partners, along with the academic research partners at University of Zurich and ETH Zurich, in collaboration with Disney Research Zurich as a worldwide operating partner, will be able to develop and offer custom-tailored solutions to urgent problems. A range of service providers, developers, researchers and users with complementary skills and technical resources are interconnected in DIASTOR. They can therefore quickly develop significant synergies and generate results. The co-operation will guarantee a successful implementation of the project and secure its visibility in an international context thanks to presentations at conferences and festivals in combination with scientific papers in peer-reviewed journals.

For a more detailed project description, see the English abstract in the UZH's Research Database. 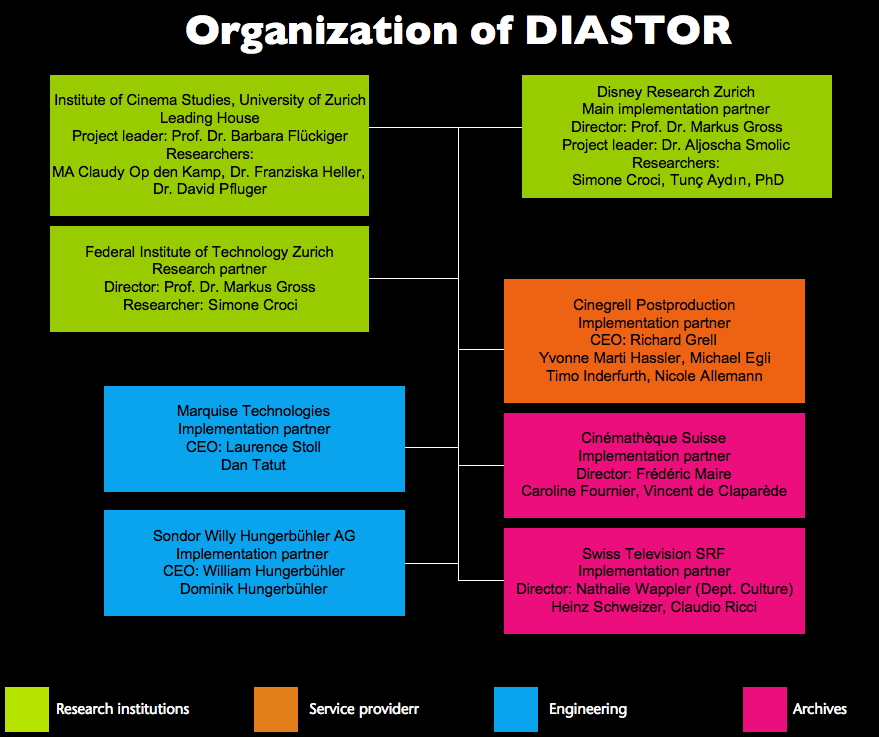