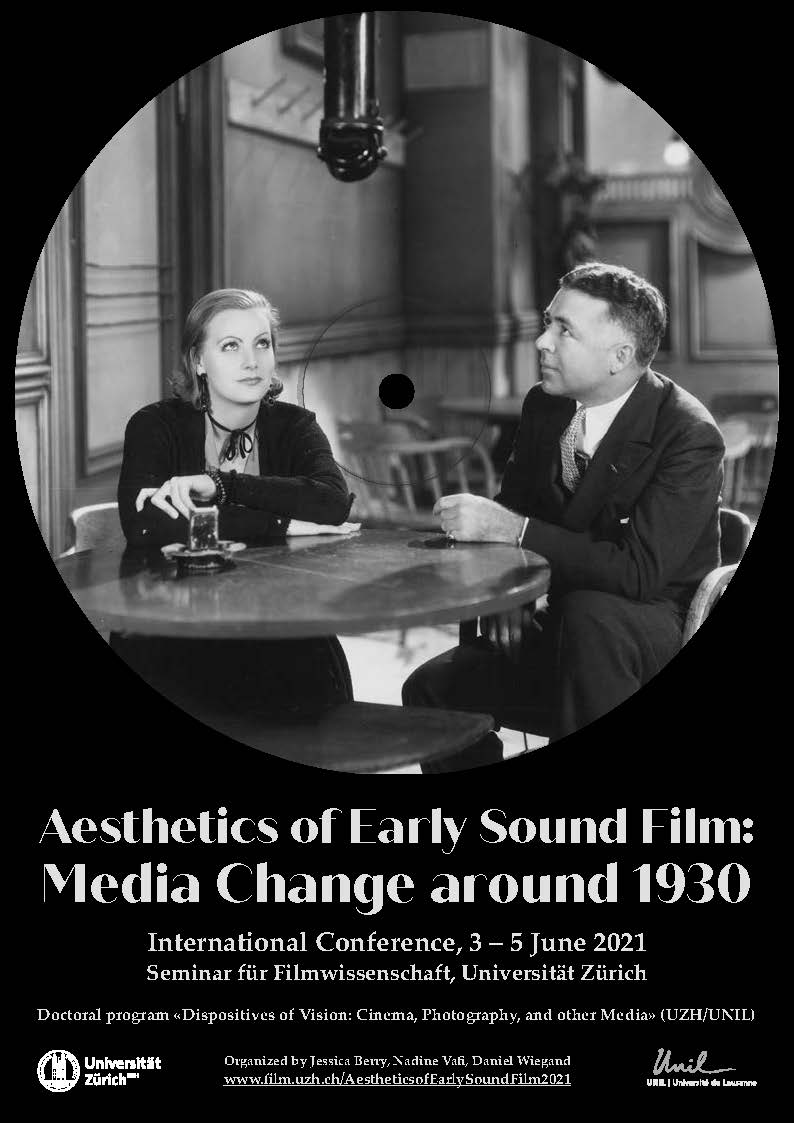 The 2020 edition of this conference has been cancelled due to the current regulations concerning public events in regards to the coronavirus.

Cinema’s transition to sound around 1930 required a profound renegotiation of film aesthetics, expanding the notion of film as a purely visual form to that of an audiovisual one. Filmmakers, audiences, exhibitors, technicians, critics, and theorists worldwide were faced with questions such as: how much dialogue should be in the movies? Should dialogue and music be combined? How does sound change the moviegoing experience? How does it alter the ‘nature’ of film and its status as an art form? The films of the period found a wide array of answers and went into many different directions, not all of which would be pursued further. What may seem like a watershed moment in the history of cinema can thus perhaps be better understood as an uncertain phase of reorientation, with heterogeneous, often contradictory developments and outcomes.
This conference aims at a deeper understanding of the various aesthetics emerging in the early sound film era, with a focus on the films’ fundamentally experimental and inventive character (regardless of whether they were produced in mainstream or avantgarde contexts). The goal is to counter the still dominant view of the transitional period as a time of yet-to-be-perfected forerunners of ‘proper’ sound film, instead highlighting the sense of experimentation and ‘fruitful uncertainty’ in a period of media change and transformation that merits scholarly investigation in its own right.

This conference is organized by the Department of Film Studies at the University of Zurich as part of the doctoral program «Film, Photography, and Other Visual Media», a joint program with the University of Lausanne (UNIL), funded by swissuniversities.