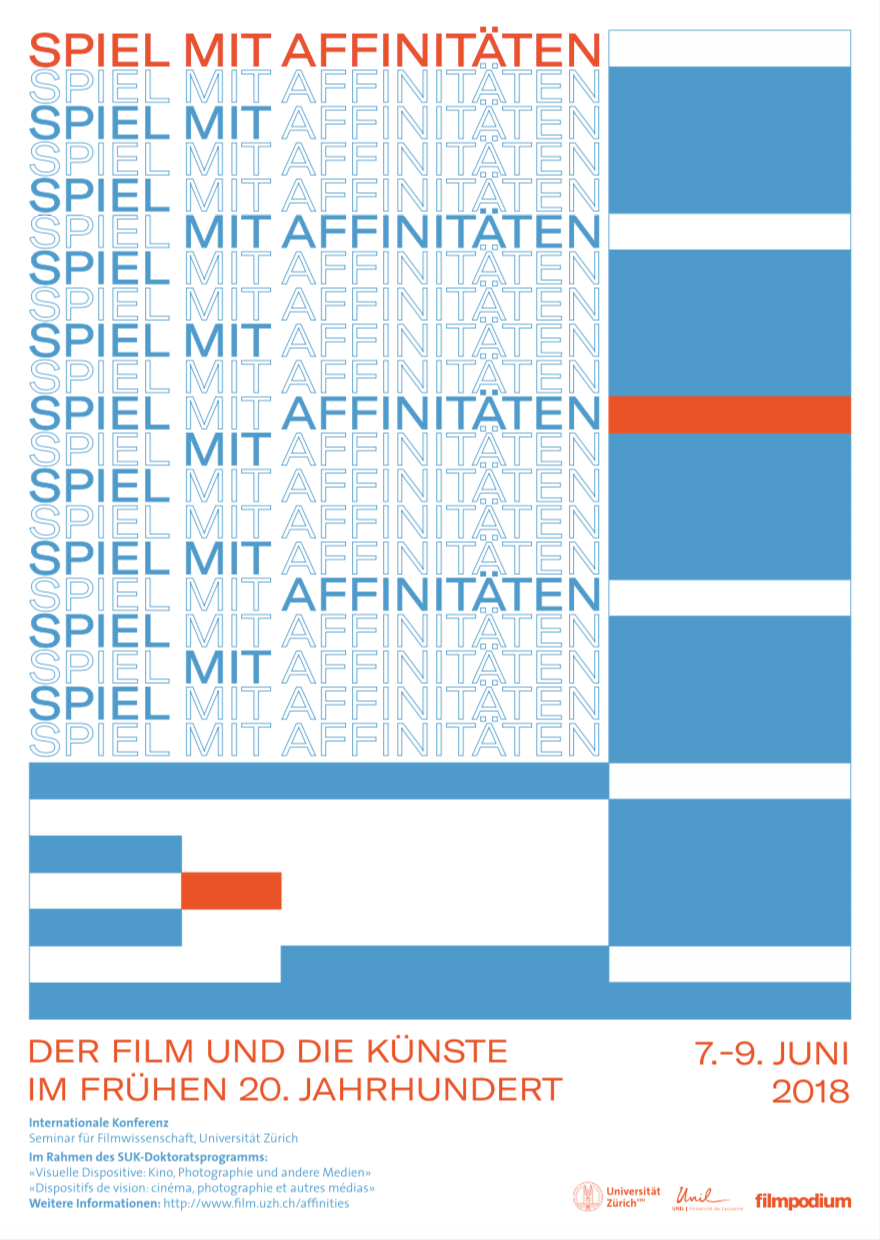 «Affinity» signifies a close connection or kinship, a liking, attraction, or resemblance—whether between ideas, aesthetic forms, arts, or media. With respect to film, a twofold approach has informed the term from the beginning: especially in Germany, France, and the United States, theories and manifestos dating from the early 20th century explore the potential of film in light of its similarities and differences from other arts, for instance when Walter Ruttmann describes his absolute films as «painting in motion» or when Germaine Dulac calls film a «visual symphony.» On the one hand, looking at film’s kinship with painting, music, dance, and photography allows us to address film in the context of the media, aesthetics, and discourses of its time, while on the other hand letting us delineate its media-specific features within these same contexts.

The ambivalence of thinking in terms of «affinities» appears in pronounced fashion in Siegfried Kracauer’s Theory of Film. He proposes the term in order to claim film’s close connection to «unstaged reality,» to the «fortuitous,» and to the «flow of life.» The crucial point is to conceive of these «inherent affinities» not as permanent, distinctive qualities, but rather historically, as a relational interplay of similarities and differences with respect to other arts, media, and discourses.

Inspired by Kracauer’s concept of «affinities»—while also historicizing and expanding it—the conference aims at presenting multilayered historical and theoretical perspectives on film’s (inter)media constellations. How can we describe film’s relationship with photography (which Kracauer singled out) and with the other arts in terms of an «affinity?» How can we productively employ the term—in critical and historicizing ways—to explore film history in light of its aesthetic-theoretical kinships?

At the same time, our aim is to examine «affinity» as an implicit and explicit figure of thought in theories of film and media. Thus, the conference will trace the emergence of the idea in the theoretical context of the early 20th century as well as its occurrence at historically prominent moments, and discuss the discursive contexts in which the notion has proven confining or fruitful. Finally, with view to the current film and media landscape, we are interested in how the term relates to concepts such as «media specificity,» «transmedia,» and «hybridity,» and to the debate on a «post-media age.» Are the current changes in film and cinema (digitalization, for instance) better tackled by thinking in terms of «affinities,» rather than with static and normative ideas of «media specificity?»