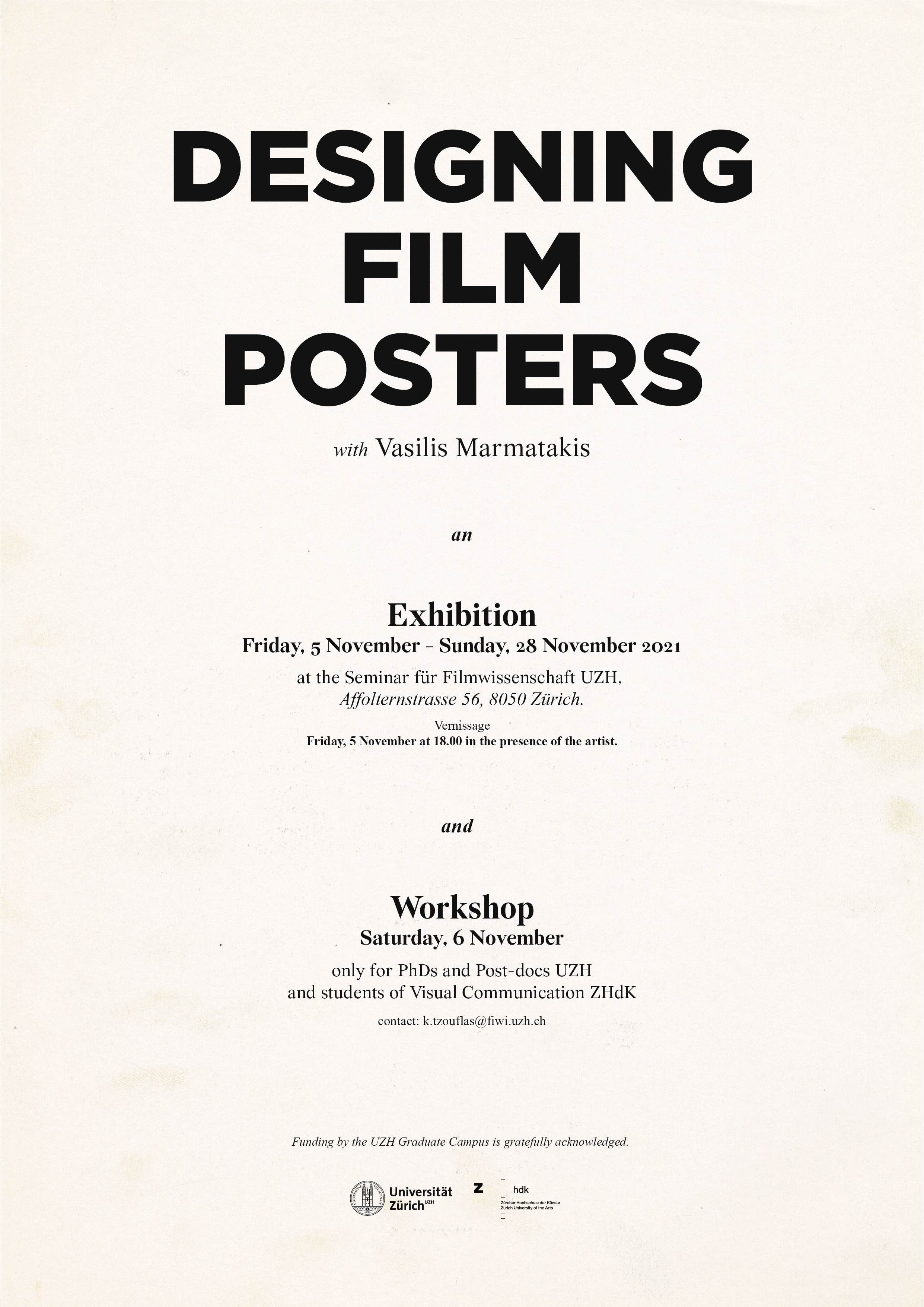 An Exhibition and a Workshop with Vasilis Marmatakis

Design and film: the idea behind the project
In 2009, when the sovereign debt crisis started in Greece, Dogtooth (Yorgos Lanthimos, 2009) attracted prestigious festival awards and a nomination for Best Foreign Language Film at the Oscars. It was followed by the so-called “Greek New Wave”, namely critically acclaimed and award-winning films. Two of the artists that contributed to this success were the designer Vasilis Marmatakis and the Oscar-nominated screenwriter Efthymis Filippou. Both of them will collaborate in the framework of this workshop.

Workshop on Designing Posters for Films
(for BA and MA-students, PhDs and Post-Docs, UZH only)
In the workshop, Mr Marmatakis will present to the participants his method and techniques on designing film posters and how to shape the visual communication of a film. Given that a movie will not be available, he will send the participants a script by Efthymis Filippou a few days before the event.

Time Schedule Saturday 6.11.2021
Two one-hour Guided Tours by Bettina Richter for the participants of the workshop:
Five-hour workshop (with 1h break)
Vernissage: Olivenhalle AFL
Last but not least, an Exhibition with the Posters of Vasilis Marmatakis will be organised at the UZH. The opening will take place on Friday 05.11 at 18.00 at the Seminar für Filmwissenschaft (AFL – Erdgeschoss; Olivenhalle / Affolternstrasse 56, 8050 Zürich).