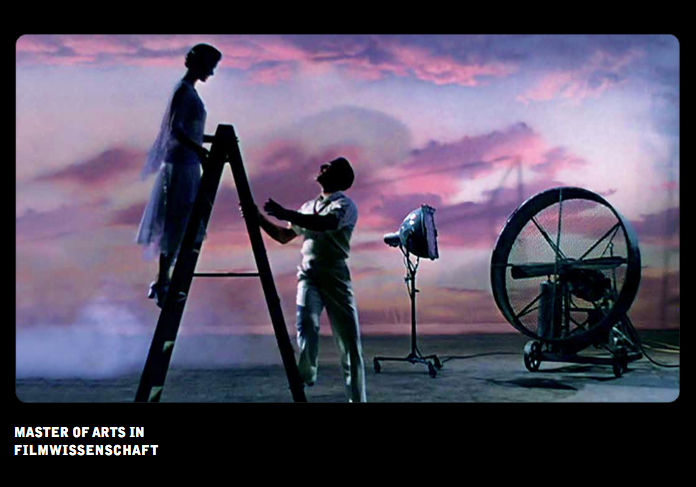 The inter-university Master’s program in Film Studies offered by the SWISS CINEMA NETWORK focuses on the theory, aesthetics, and history of the medium of film and the institution of cinema, from the beginnings to the present, including new forms of film distribution. Cinematic works are analyzed and contextualized culturally and historically. The curriculum at UZH is complemented with courses offered by partner institutions of the SWISS CINEMA NETWORK: students attend modules at the Section d’histoire et esthétique du cinema at the University of Lausanne (15 credits) as well as the following three modules (10 credits each), which combine theory and practice:

The inter-university Master’s in Film Studies of the SWISS CINEMA NETWORK is a single major with 120 credits.

In Zurich, the language of instruction is German. The program includes compulsory courses in French and English.

The Master’s program builds upon the Bachelor’s minor degree program. It offers in-depth examination of the subject area with an emphasis on film aesthetics, history, culture, and technology. Focus areas are:

The interdisciplinary program aims to advance students’ skills in comprehensive and critical thinking, and to promote multilingualism.

The program imparts competencies for an academic career as well as for challenging non-academic positions in film culture and the film industry. Career prospects include positions in museums and archives; film production and distribution; teaching in language- and culture-related fields, especially film and media pedagogy; film journalism; editorial work; programming for festivals or cinemas; or positions in cultural policy administration.

Students must have completed a Bachelor’s program in film studies totaling 60 credits (or in a related discipline with 60 credits earned in film-specific courses). If a small portion of credits is missing, conditional admission with additional requirements is possible. In addition to proficiency in German, sufficient knowledge of French is essential.

For more information please check the website of the SWISS CINEMA NETWORK.