Please do not hesitate to contact Daniela Casanova for questions, suggestions or general feedback. 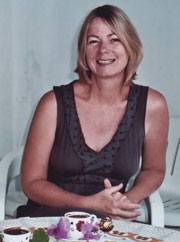 Sue Burge taught English, creative writing, film studies and cultural studies at the University of East Anglia for over twenty years, and has given workshops on film both in the UK and internationally. Sue lives in King's Lynn in the UK and works as a freelance tutor, teaching film at King's Lynn Arts Centre in a medieval guildhall! Her special interests are film adaptations of Shakespeare, the films of David Lynch, and how British films comment on the class system, both consciously and unconsciously. See also her website Sue Burge

«During the Film Summer School, we were offered the chance to watch and analyze carefully selected movies. We could improve our English skills in interesting discussions and learned more about the British and other societies through film. I was impressed with Sue Burge’s extremely broad knowledge and expertise. Her commitment and motivation as well as her care for the students made the course even more successful.»

«My motivation for (more) research grew thanks to the in depth analysis and discussions of films and the writing exercise was quite a good practice and a nice experience – the feedback really helped.” “I started to think in English during the course – a good sign! I really liked the way the course was held and organized. It was absolute value for money.» 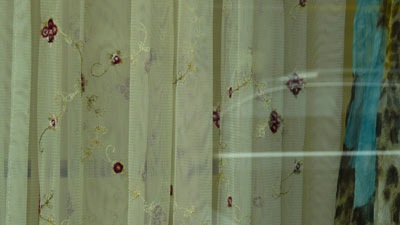 The aim of the proposed Film and English Intensive course is to give students in the Institute of Cinema Studies at the University of Zurich (also open to interested students of other subjects) an opportunity to attend a high-quality, academically-focused, intensive English course with a high film studies content without the expense of travelling out of Switzerland. In the mornings, students will have the chance to improve their academic writing, range of vocabulary and critical reviewing skills, in the afternoons there will be film workshops (the film titles are listed on the schedule and
it is recommended to view as many of them as possible in advance of the class). At this level, the approach to writing improvement is experiential rather than exercise-led. Students will be expected to produce a piece of writing on a daily basis and will be given indivdidual feedback and guidance. Students ranging from BA- to PhD-level from University of Zurich and abroad attended the course and found it all very beneficial.
The courses offered include «Shakespeare and the Cinema», «Representations of Class in British Film», «The Fab Four: David Lean, Alfred Hitchcock, Joseph Losey and Tony Richardson», «Road Movies», «Japanese Film – From Godzilla to Ghibli», and «Literary Adaptations». Further courses such as «Fantasy and Fairytale» are in development.
Suggestions on further topics are welcome.

Returning students qualify for a discount. All students will be asked to write an academic essay on a subject of their choice relating the course, and to submit this electronically and receive detailed feedback. 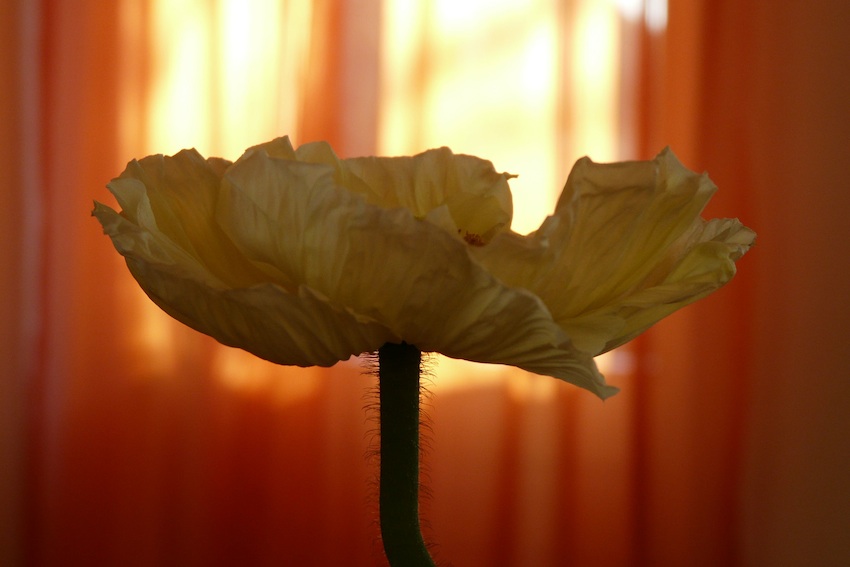 This course will examine the fascinating world of Japanese cinema - an exciting and enthralling vision of monsters, yakuza, samurai, ancestors, geisha, ghosts and sliding screens. We will focus particularly on the films of the post-war era and how they reflect the unique socio-political environment of Japan at that time.  The course will also examine how the west was influenced by Japanese film, particularly the samurai films of Akira Kurosawa, and will discuss how the west appropriated his films and others such as Gojira (1955 Godzilla). Japanese theatre, kabuki, noh and bunraku, has had a huge influence on film and this theme is an important thread throughout the course.  We will also consider western stereotypes of the east with reference to Blade Runner, Lost in Translation, Babel etc.  The films of the post-war era are very concerned with identity and loss of traditional culture, Yasujiro Ozo's films in particular reflect this pre-occupation. Naruse's films are from a similar era but with a very different focus - the role of women in a changing society.  Even the current, very popular films produced by Studio Ghibli, such as Spirited Away continue to show the relationship between east and west and the integration of traditional culture into modern Japanese lifestyle.  Even the very contemporary films of Takeshi Kitano cannot avoid the influence of the past and traditional values and the course will finish by examining key films such as Dolls and Hana-bi in order to discuss these ongoing issues. 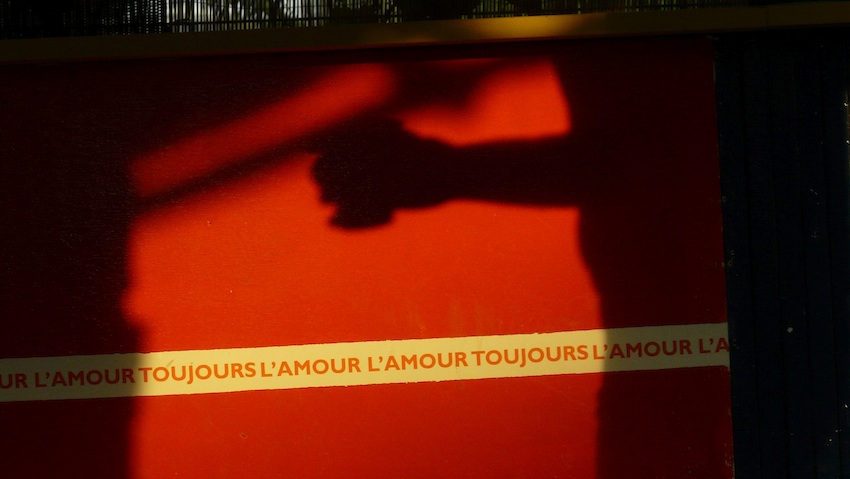 Programme: will be announced

In the last two decades there has been a resurgence of interest in silent film culminating with the release of Michael Hazanavicius' Oscar winning film The Artist.  So, are silent films the new talkies? This course will give an overview of the silent film era, particularly the socio-historical context and the transition to talkies. The main focus of the course will be on British silent film-adaptations of Dickens and Shakespeare appeared at the very birth of British national cinema. The course will discuss the rise of the matinee idol and the beginnings of the star system, particularly the Welsh star Ivor Novello. The course will also focus on the excellence of British silent film directors who are so often overlooked, such as  Maurice Elvey and Cecil Hepworth. The silent films of Alfred Hitchcock are being restored by the British Film Institute in 2012 and these were key films in his formation as a director of repute. The use of music is a vital feature of this era and this aspect of film history cannot be ignored, in addition to considering musical accompaniment to fiction films «soundtracks» will be discussed with particular reference to the important documentary film The Great White Silence.  It is important to consider the range of influences which shaped British silent films including Soviet montage, German expressionism and the work of D W Griffith. Finally, the course will consider the lasting influence of silent films and their impact on films as diverse as Bladerunner (1982), Psycho (1960) and Le Quattro Volte (2011). 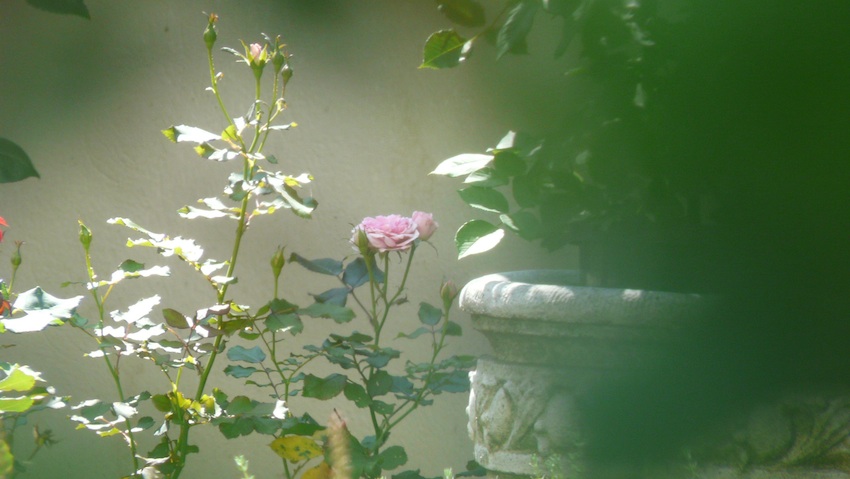 Outlook: Fantasy and Fairytale, yet the dates for the next course are still subject of discussion

This course will look at a diverse range of films including Shrek, The Wizard of Oz, The Company of Wolves, Pan's Labyrinth, Pretty Woman, Night of the Hunter and The Red Shoes in order to discuss the continuing relevance of fairytales in our modern lives whether they are gothic, escapist or feminist re-readings. Fantasy has been used to surprising effect and even appears in the grittiest of New Wave films.  The work of David Lynch, which playfully manipulates the borders of fantasy and reality, will be a centrepiece of this intriguing new course.

Enrolment
The maximum number of participants for a course is six students, acceptance according to date of enrolment. A down-payment of CHF 250 will confirm the enrolment (for the total cost we have to know the number of participants first, thus the payment is usually done in two instalments). Please enrol via email to casanovaD@kibe.com, indicating the preferred block. You will receive a confirmation email with the payment details. Number of Students and Costs